Building Secure Attachment between Career Mother and her Infant

Newborn babies are completely powerless but behind their limitation, they have a great potential that is ready to develop. All their various potentials will develop well, if they get appropriate stimulation from their environment. Especially, the social environment.

The family is the first and primary environment for the baby. Babies learn from this environment pattern forming relationships with others. Factors that are needed by infants in developing such capability are bonding or also known by the term attachments. Attachment is the two-way relationship between mother and son that the process is running slowly, especially when the baby has started to know the people around him.

Babies who have close attachment with their parents will develop into good teenagers. Who have charming personality, high self-confidence, emotional intelligence and social skills and the ability to solve problems effectively (Ratna Megawangi; 2014). Not only that, according to a study in the United States Pennsylvania, children who have a strong attachment are able to overcome trauma caused by natural disasters more quickly compared with children who did not have a good attachment to their parents or guardians.

Unfortunately, at the present times, a lot of mothers decide to be a career woman, both for the sake of self existence or for the sake sustain family finances. So they can’t always be responsive to all their baby’s needs.

Being a career woman is a noble profession for women. This happens because the consciousness of educated women to always develop. In fact, the higher a person's education level, the higher the target of a job or position which to be obtained. So it is not surprised if today we can see that many female figures that have important positions. Such as became doctors, professors, pilots, ministers, ambassadors even to be a president. Most of the people will see how great the woman is. An independent female figure, high standing and highly respected. However, only a few of them who are aware that behind the greatness of a woman in the public domain, she is still a mother who has the obligation to be the primary educators for her children. Especially, when her children are at the age 0-2 years. Because it is the age where the baby’s need of attachment with a mother figure is completely strong.

This would be a dilemma for women who have already had a strong career and extensive usefulness in society. Which should be her priorities? Not to mention, when being a career women is the last choice for them in order to fulfill their family finance.

In order to bridging this, perhaps we can do these ways. Fistrly, by giving breastfeed.
breast milk (Asi) is the best meal for baby. because during breastfeeding mother's body will release the hormone oxytocin, vasopressin, prolactin, opioids, dopamine, which gives effect to the comfort of the baby while feeding,

Meanwhile, the second way is giving soft touch and massage. Giving a message will make the baby feel s relax and comfortable. Beside that, we can also do Co- sleeping. According to Richart et all ( 1996) Babies who sleep with their mother have a stable heart rate, breathing and temperature compared with babies who sleep alone

The netx step that we can do is building verbal and nonverbal communication. Always spare our time to talk to our baby as if they understood what we were saying. Because when we talk, baby will respond with eyes, smile or babble that can foster the emotional attachment between mother and child. Or it could also perform non-verbal communication to make eye contact, facial expressions, touch, etc.

Reading books and Telling story are also the best way to build attachment. Reading a story book by hugging your baby is one of the effective ways to build a mutual attachment. While reading, you can show the picture to your baby and help them to touch it. Always use soft tone while speaking to your baby.

The last is building a quality time with our baby . Working all day long will make our quality time with the baby limited. For that reason, spare our time between one or two hours to play with our baby. Leave our gadget, TV, mobile phone, and all our duty at the office. Make sure we do not just accompany them to play but also become the real partner of your children to play.

This is in line with the words of Prof. Marian Zeitlin from Tufts University, Massachusetts, USA

"Actually it is very easy to create a society that is peaceful and prosperous, is quite as easy as advocat mothers to breast feed in the right way, told them to hugging, kissing, and caressing her baby, and ask them to do an eye contact with the baby " (Ratna Megawangi, 2014)

Attachment is the baby’s need which should be prioritized. Attachment has an important role in building a healthy soul personality which becomes the main assets for our baby in their future. Children who have great mutual attachment with their mothers in their early age will develop into great teenagers who have high self confidence and good personality in which require to build relationship with their peer. Therefore, whatever the reason, attachment needs must remain unfulfilled. 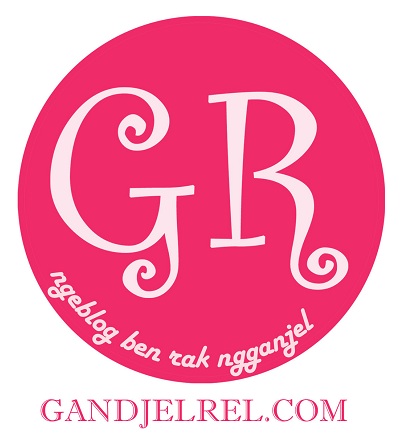